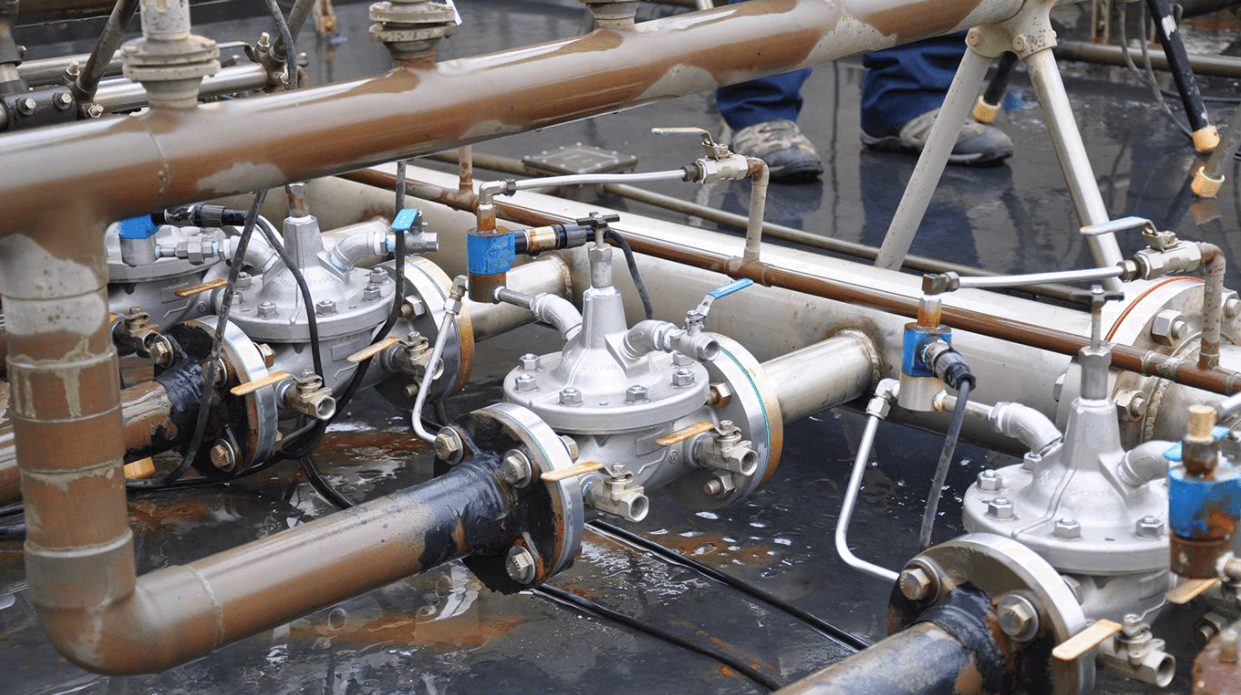 Industrial valves have been around for many years now Industrial Applications. These are mechanical or electro-mechanical devices that are used in the industries to control the movement of gases, powders, and liquids through pipes, tanks,

Industrial valves have been around for many years now Industrial Applications. These are mechanical or electro-mechanical devices that are used in the industries to control the movement of gases, powders, and liquids through pipes, tanks, or other containers. In most of the cases, valves use some mechanical barrier, such as a plate, diaphragm, or a ball that can be removed or inserted from the flow stream of the substance.

Some of the valves are designed as on-off varieties, whereas others offer good control of the passage of the media. Below are the most common types of valves used in different industrial applications-

A ball valve is a type of quarter-turn valve family with ported spheres that swivel in the pipe stream to flow, allow or block. One of the distinct features of these valves is that it has a hollow ball-shaped disc that stops or starts media flow. Other key specifications include port connections, number of ports, valve size, materials that make up the valve body, seal, seat, and stem packing. It is one of the quickest valves as it requires only a quarter turn to open or close. Some of the advantages are-

An isolation valve is provided at the firewater pump that permits its removal without impacting on the entire system. It is used to direct water for flow performance testing Industrial Applications. All the isolation valves must be of the indicating type. And, indicating valves are those valves that offer a distinguishing method to find the open and closed status of the valve.

These valves also belong to the quarter-turn valves family. Its disc acts as a shut-off and a cylinder or on the plug. It is named plug valves due to its tampered end. The opening and closing mechanisms are the same as that of a ball valve. This valve has a simple mechanism, low-pressure drop, tight seal capability, and a fast-acting feature to open or close as required.

These are electromechanical devices used in oil and air systems to restrict or start the fluid flow. They rely on solenoids for direct or piloted operations and are not generally used for proportional flow control. They are designed to actuate the hydraulic jacks, control the flow of water, oil or solvents, control the hydraulic cylinders, etc. They lock the air valve into position without needing the power to be maintained at the solenoid.

Poppet valves are used to control the airflow to the pneumatic cylinders. Sometimes, engine valves are also called poppet valves, and the key specifications include robust materials of construction, pressure ratings, flow coefficient, etc. They are used in pneumatic systems and can be controlled using pilot air or a solenoid electrically.

Piston valves use a cylindrical plug to close the off flow rate through the valve and are used for isolation service. They offer reliable, long-term performance in steam, condensate, and process lines as well. Besides, this versatile valve can also be used for throttling applications, and is available with socket-weld, flanged or screwed ends.