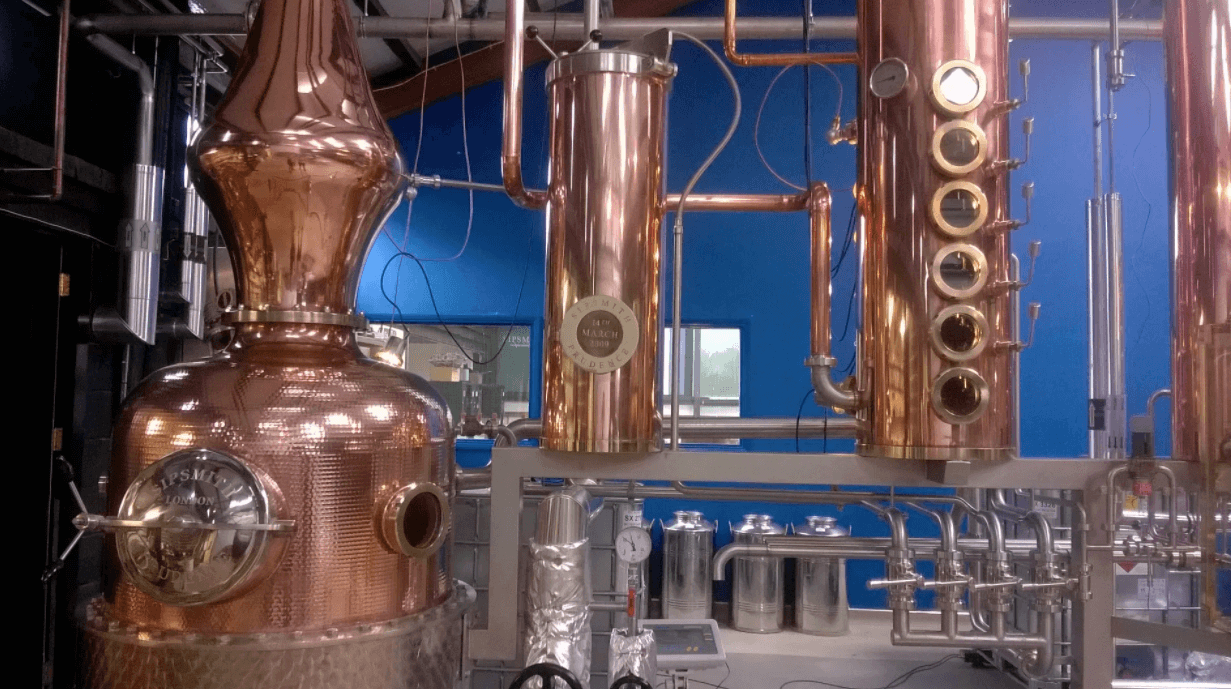 Ever wondered how the bottle of gin is made? GIN DISTILLATION, being an old spirit, dates back to the 13th century. It has been captivating the creativity of bartenders and the pallets of gin lovers

Ever wondered how the bottle of gin is made? GIN DISTILLATION, being an old spirit, dates back to the 13th century. It has been captivating the creativity of bartenders and the pallets of gin lovers all through the years. Every gin distillery has its own secret when it comes to the flavour that makes it stand out. This is what gives the gin unique flavours that the labels take pride in. And the process of how they get the shimmering liquid into that fine bottle is quite fascinating.

So, sit back, take a sip of that gin and learn all about the science that turns the alcohol, botanicals and water into gin.

The history of GIN DISTILLATION dates back to about 3000 years ago. The Babylonians had a good grasp of the process, and ancient civilisations in Europe, Pakistan, Rome and China used to distil liquids. Alchemy contributed immensely to develop the science of distillation. Distillation was used for creating spirits, and by the 19th century, the modern method of distillation was born.

A Brief on The Process of Distillation

The process of GIN DISTILLATION is divided into fractions, i.e. fores, head, heart and tail.

Step 1: Getting the right equipment

Distillers work on complex machinery called stills which are generally columns that stretch up to the ceiling. They can either be pot stills, which are the oldest kind, or column stills described as above. The still is connected to a container through which some cold water is run, also called a condenser. This is connected to a barrel that collects the finished product.

Before every distillation of the gin, the stills must be cleaned thoroughly to keep the next batch fresh. All the residue from the previous distillation must be removed to prevent the grime from messing up the gin. But some modern column stills can process multiple batches of gin before they need cleaning.

Step 3: Adding the alcohol and the flavours

There are various techniques and ingredient mixtures developed by every gin distillery over months and years of testing and mixing. But the basics of distilling a gin remains the same. The process begins by adding the mixture of alcohol, flavouring compounds and botanical herbs to the body of the still. This is also called a neutral spirit or the wash. The spirit is usually made of fermented grain alcohol and water, with no added flavours.

Step 5: Cooling the vapours and capturing them

The evaporated gas of alcohol travels up from the body through the head of the stills. They pass through the columns of the column still or the top of the old-fashioned pot stills, down the condenser filled with cold water where they cool and turn into liquid. The final product collects in the barrel, where the gin distiller can decide to pack it or send it back for another round to get a more concentrated gin solution.

Visiting a GIN DISTILLATION and having a bottle of their freshly crafted gin can prove to be a feast for the eyes and the mouth.